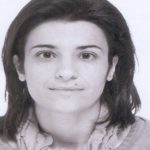 I graduated from the Department of Psychology at the University of Crete and I received my Ph.D. degree [as a scholar of the Public Benefit Foundation “Alexandros S. Onassis”, the Vardinogiannio Foundation and the Institute of Technology and Research (Ι.Τ.Ε.)] from the University of Edinburgh in Developmental Psychology. My research interest is focused on the study of dynamic spontaneous naturalistic dyadic and triadic interactions of infants with Significant Others (mother, father, maternal/paternal grandfather and grandmother, twin infant brother/sister) in cross-cultural frames and in different contexts (rural and urbal areas). The corollary of this research activity is numerous scientific papers in the field of Developmental Psychology and particularly in emotional/social development in the course of early infancy.

My research interests are focusing on the systematic study of spontaneous interpersonal behavioral expressions in interactions of young infants with Significant Others. Particularly, I am interested in micro-analysis of emotional coordination taking place in free interactions of infants with sensitive caretakers. I am also interested in micro-analysis of basic aspects of spontaneous imitation (e.g. frequency, type, temporal structure, developmental course) in infant-Significant Other interactions and in certain features of parental infant-directed speech (e.g. content, structure) in the first semester of life.

Courses offered at the Undergraduate Level

Courses offered at the Postgraduate Level