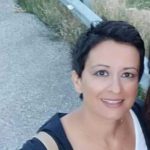 I have studied Psychology in the University of Crete. Next, I have accomplished my master’s studies in Clinical Psychology and my Ph.D in the Psychology Department of University of Crete. During my undergraduate studies I have received a state grant and during my graduate studies I have received a grant and a praise from the Psychological Association of Northern Greece, due to the originality and adequacy of my doctoral research. My research interests focus on the study of immigrants and refugees psychological health, as well as on the role of culture on psychological health, psychological disorders, psychotherapy and, interpersonal relationships.

I have worked in multiple psychological foundations, as well as in schools, and prisons. I have, also, worked in multiple intervention programs for social disadvantaged groups (like Roma and immigrants), and as adult educator, as a counselor for parents and prisoners. Lately, at the same time with my academic work, I am working in my private office as a psychologist, practicing psychotherapy for adult s and counseling for children and family.

Offered Courses in the Undergraduate Studies in Psychology

We use cookies to ensure that we give you the best experience on our website. If you continue to use this site we will assume that you are happy with it.Ok